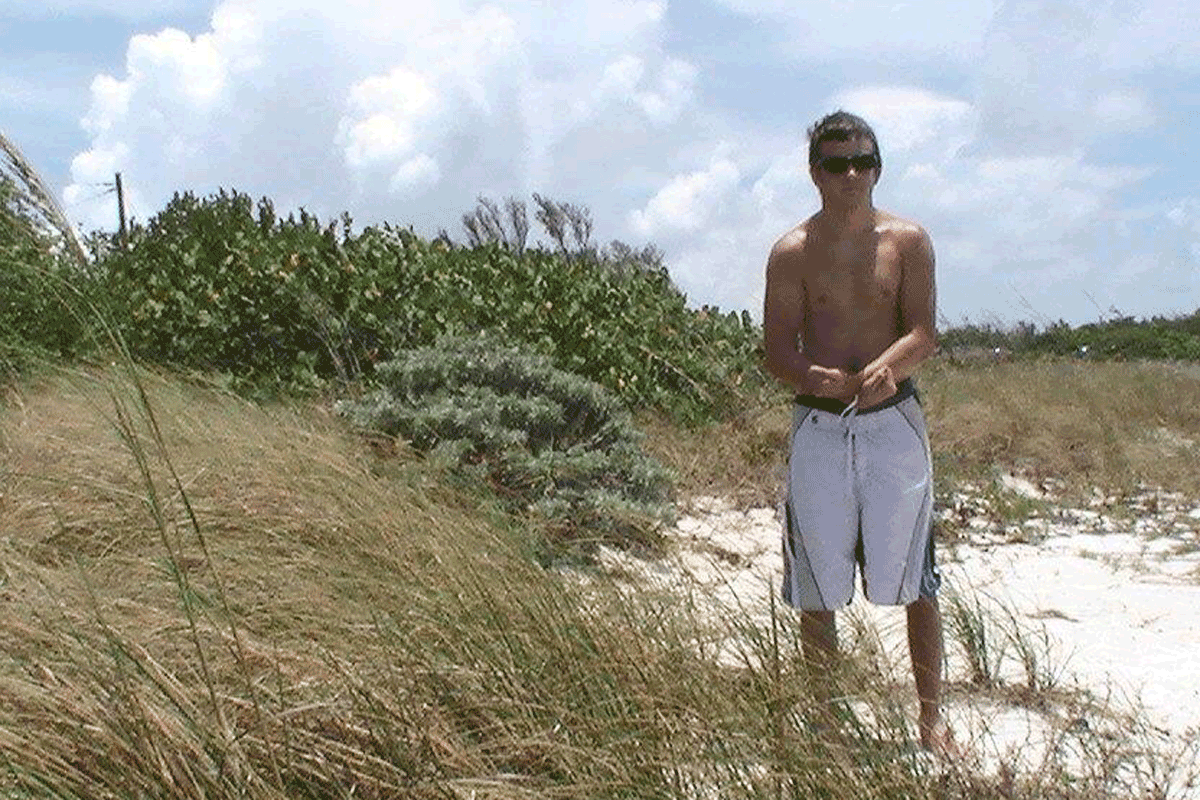 Every day, he continued to say it wasn’t a big deal that he had lost his sight, because “a lot of people have it worse than I do.”

There is nothing in the parenting manual that tells you what to do, well, ever. For me, each day was trial and error, hoping to figure it out as I went along (sorry about that, kids!).

Of course, I was wrong.

When my younger son was a sophomore in high school seven years ago, he was doing well. He had good grades and participated in football, wrestling, track and cross-country.

He also had perfect vision, which is why I instantly became alarmed when he came home after a day of cross-country practice and told me the vision was blurry in his right eye. Another runner had come up on his right side, and Tanner didn’t see him.

I don’t know if I didn’t believe him or if I was trying to figure out why his vision was blurry, but I looked in his eye, searching for the eyelash or twig that was causing his complaint.

Something wasn’t right, but I guess I didn’t want to admit that yet. I told him to take a shower; maybe that would help. I didn’t really believe that, but I was stalling for time and trying to calm my nerves.

By the time he was out of the shower, I figured I better take him to the hospital. He wasn’t in pain and didn’t feel dizzy, and the shower had not helped his vision.

The days and months that followed were a jumble of tests, doctors’ offices and constant worry. I also brushed up on my ophthalmology “skills” and would randomly ask my son if he could see or read something. I would helpfully point in the direction of the thing I wanted him to see.

He told me to stop asking him.

When I took my son to Bascom Palmer Eye Institute in Miami, we learned that he had Leber’s Hereditary Optic Neuropathy (LHON), a rare, non-life-threatening retinal degeneration that causes varying degrees of blindness. By this time, a few months after his cross-country practice, my son was legally blind.

LHON mostly affects males and there is no cure, but because of the various mutations of the disease, some people regain some eyesight.

Every day, I asked Tanner how he was doing. And every day, he continued to say it wasn’t a big deal that he had lost his sight, because “a lot of people have it worse than I do.” His main concern was if he would be able to participate in sports again. He just wanted to wrestle with his team.

His coach told him he would need a doctor’s note to wrestle, which we understood. The doctor told us he would not sign a release, because he was concerned that my son would get hurt.

“Then let him,” I begged the doctor. The risk of my son getting hurt was less than his sadness at not being able to play his favorite sport. Unfortunately, the doctor wouldn’t budge. We found another doctor who agreed to sign a release to allow him to participate in sports again.

Through it all, my son kept his sense of humor: “Does this mean I can get a dog?”

My friends and co-workers were very supportive and concerned. As I walked down the halls at work, people would stop me to ask about my son. No, his eyesight hasn’t gotten better. No, there’s nothing we can do about it. Yes, he’s doing fine. We’re all doing fine. There were always tears. Usually mine. It started to weigh on me so I began to avoid interactions with people.

We don’t know how or why, but my son began regaining some vision. A person with LHON generally has some useful vision, but with certain mutations, the mitochondria in the optic nerve begin working, somehow bringing partial vision back again. He is now able to read things up close but his eyesight is not correctable by glasses because his optic nerve is affected.

I’m still not sure exactly what it looks like through my son’s eyes, but he said this to me: “I may have lost my sight, but I still have my vision.”

Camille Dolan ’98 is a UCF Forum columnist and the communications coordinator for the University of Central Florida’s College of Health Professions and Sciences.

This article with the featured image of Camille’s son, Tanner, was originally published on www.ucf.edu on February 13, 2019.

3 Comments on “When Your Son Goes Blind | Camille Dolan”